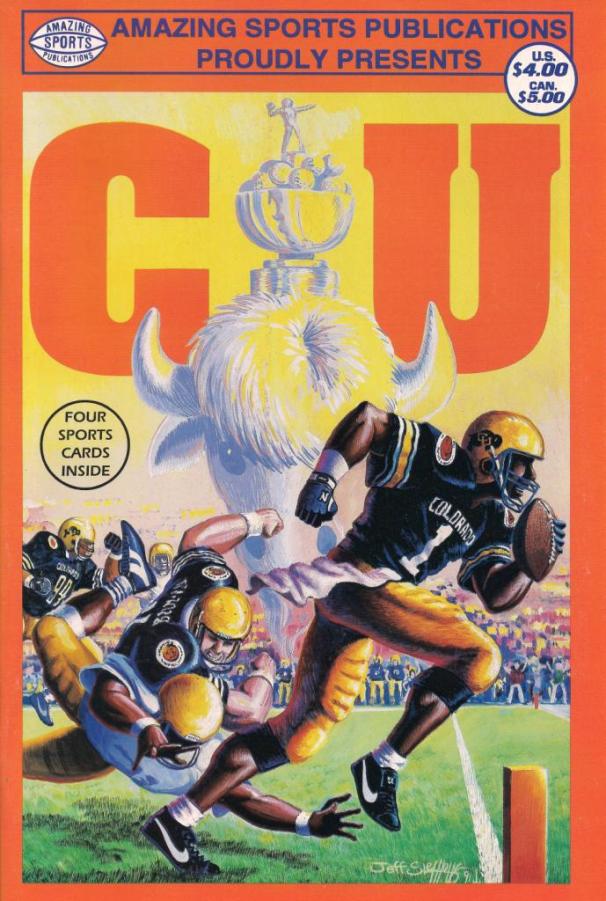 After the success of UNLV and with the blessing of the NCAA, we published a comic book based on the Colorado University Buffaloes National Championship football season. This was the World’s first scented comic book, it smelled like oranges to commemorate them winning at the Orange Bowl. Handing a young man a comic book where he is the HERO, brings a smile that is hard to describe. Jeff Slemons’ artwork had reached the highest level possible. Robin Tempas again was the glue that held everything together, and all the research done by Mike DeLong paid off with an expertly crafted story.