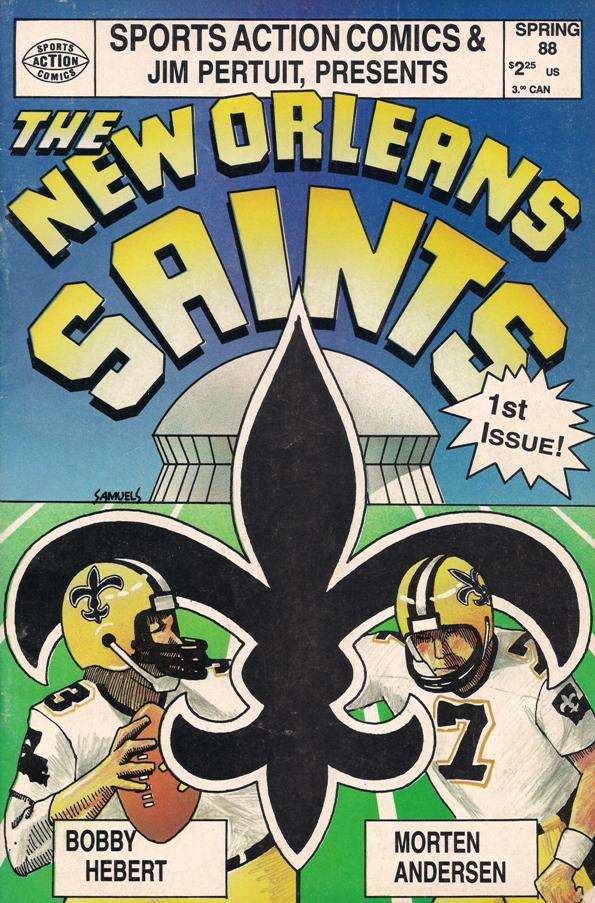 I had the pleasure of being at Super Bowl XXII in 1988. It was a pleasure because as I was leaving San Diego at the airport, I had a bunch of Bronco comics under my arm and a gentleman walked up and asked where I had got them. It was Mr. Jim Pertuit, and he told me he had seen them on the front page of the LA Times and on ESPN right before the game. He said “you have to do the Saints”, took my number and said he would convince me next week. I flew to N.O.L.A. and was astounded, Jim knew EVERYONE. He had been the Saints photographer in college and stayed connected to the team he loved. Jim also owned a large advertising agency, hence the incredible advertisers in this comic. An independent comic book with Mercedes Benz- Range Rover and Burger King as advertisers was unheard of.