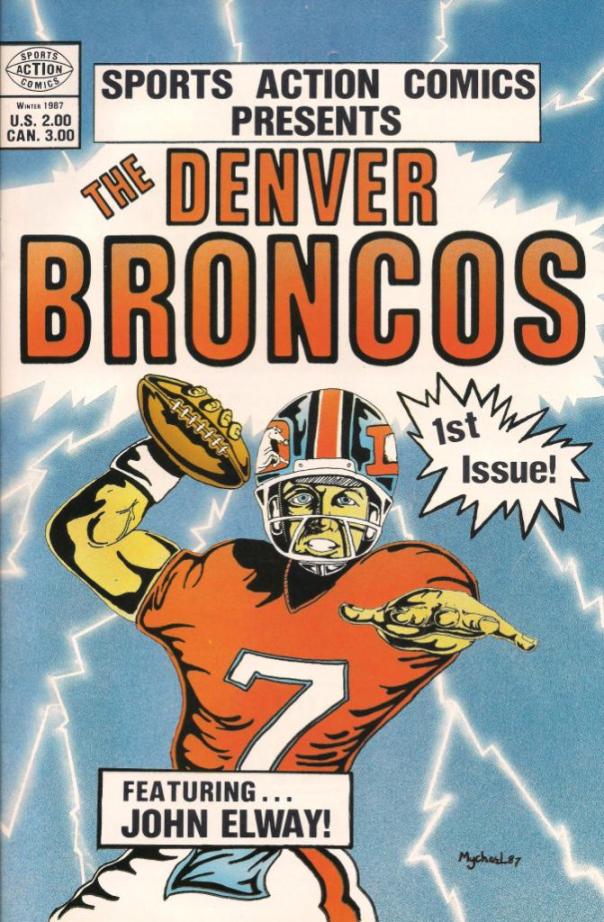 THE ONE THAT STARTED IT ALL.

In 1987, after watching the Broncos go 98 yards in the last few minutes to clinch the AFC Championship, I was trying to think of how to capture that moment. I thought, “How about a comic book?” Everyone told me I was crazy, “Comic book people aren’t into sports”, and “Sports people aren’t into comics.” The idea would not leave me alone, so in November of ’87, I was at the printers picking up the first comic books. The day my life changed forever.  People do like sports comic books!

One of the guys that worked at the printers told his friend at Channel  9 news that they were printing a comic on the Broncos. Channel 9 showed up with the news cameras and did a great piece on the comic. That was followed by a story on every TV station in Colorado. Then the press started, Rocky Mountain News, Denver Post, LA Times, ESPN, and on and on.

The Denver Broncos Comic Book was indicted into the Colorado History Museum.